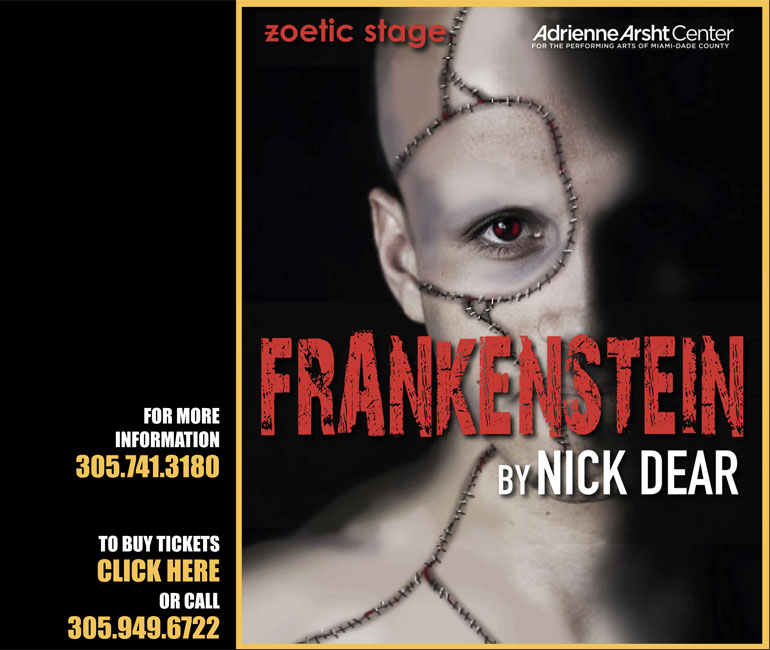 at the Adrienne Arsht Center for the Performing Arts

One of the great horror stories of all time, Mary Shelly's classic tale of gods and monsters still fascinates 200 years after its 1818 publication! First presented at the National Theatre in London, where it was directed by Danny Boyle and starred Benedict Cumberbatch, Nick Dear’s adaptation is highly theatrical and surprisingly relevant. Employing striking images and beautifully poetic language, the play explores the very nature of good and evil, brought to life with thrilling and heartbreaking results.

From the creature's first moments on stage, as he writhes naked out of an organic pod, the audience is swept into a breathtaking whirlwind of emotional storytelling through imagery and movement.

With daring and stylized staging comes a humane, insightful retelling of the original story, focusing on the plight of the creature and his desperate journey to fit into a world that doesn't want him.
A theatrical event like no other.