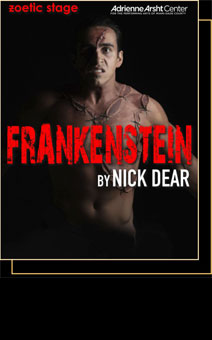 One of the great horror stories of all time, Mary Shelly's classic tale of gods and monsters still fascinates 200 years after its 1818 publication! First presented at the National Theatre in London, where it was directed by Danny Boyle and starred Benedict Cumberbatch, Nick Dear’s adaptation is highly theatrical and surprisingly relevant. Employing striking images and beautifully poetic language, the play explores the very nature of good and evil, brought to life with thrilling and heartbreaking results. A theatrical event like no other. 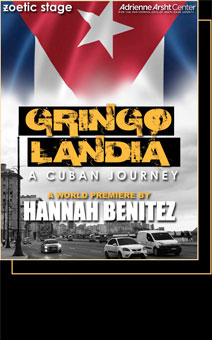 Accompanied by his millennial children, a Cuban man returns to the country from which he escaped 50 years ago on a quest to recover a precious family heirloom. Through a series of misadventures with funny and fascinating locals, Carlos, Michi and Danny find themselves in a place frozen in time, but surprisingly familiar. GringoLandia promises to be a uniquely theatrical experience with live music and video. This fascinating new play is by this gifted young Latina playwright explores the collision of two worlds, and the importance of accepting our past in order to move into the future. 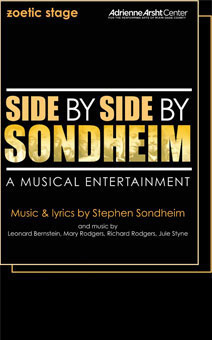 SIDE BY SIDE BY SONDHEIM
Music and lyrics by Stephen Sondheim
and music by Leonard Bernstein, Mary Rodgers, Richard Rodgers, Jule Styne
Directed by Stuart Meltzer

Get ready to laugh, cry and fall in love with lyrics that are heartbreakingly true and music that captures soaring emotions with Side by Side by Sondheim. Simple and unpretentious, this Tony Award-winning musical is a perfect introduction to the work of a contemporary master and a must for die-hard fans. Zoetic Stage continues its relationship with the work of Stephen Sondheim after mounting critucally acclaimed productions of Assassins, Passion, Sunday in the Park with George and Sweeney Todd.

A New York Times Critic's Pick by South Florida's own Alexis Scheer. In this fierce, pitch-black comedy, four teenage girls gather in a Miami tree house to summon the ghost of Pablo Escobar. Are they messing with the actual spirit of the infamous cartel kingpin? Or just each other? Whiplashing back and forth between laugh out loud humor and stop-you-in-your-tracks drama, this wicked new play explores the darkest corners of the human heart. A rollercoaster ride through the dark and dangerous mind of the modern American teenage girl by gifted Miami playwright.