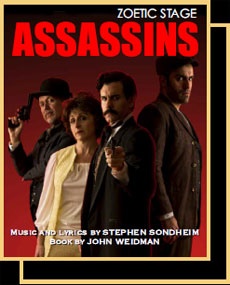 Music and lyrics by Stephen Sondheim
Book by John Weidman
Assassins is based on an idea by Charles Gilbert, Jr.

"For those who seek intelligent, thought-provoking musical theater, there are few pieces as superb as this."
- Bill Hirschman, Florida Theater On Stage

"This production now cements Zoetic's place as one of the preeminent theater companies in South Florida."
- JW Arnold, SFGN

"With intricately detailed staging by Stuart Meltzer and musical direction by Caryl Fantel, Assassins really does sing. To a man and woman, the cast has the vocal skills and finesse that the material requires."
- Christine Dolen, Miami Herald

"Director Stuart Meltzer and a superb collection of actors and designers have scored, forgive me, a bull's eye."
- Bill Hirschman, Florida Theater On Stage

"There are no complaints about the design qualities, which are some of the best in Zoetic's history. This is a production that continually goes the extra mile to surprise and impress."
- John Thomason, Miami New Times

"I could sit through this show again and again."
- Roger Martin, miamiartzine.com 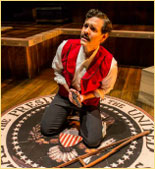 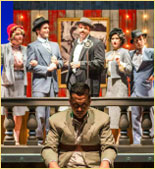 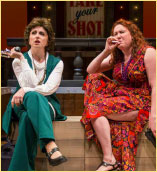 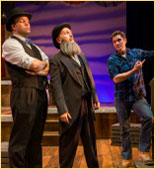 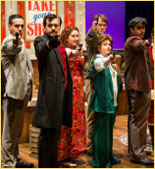 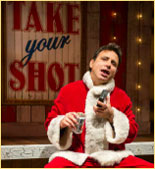 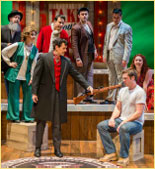 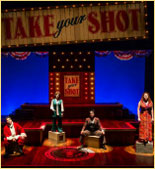